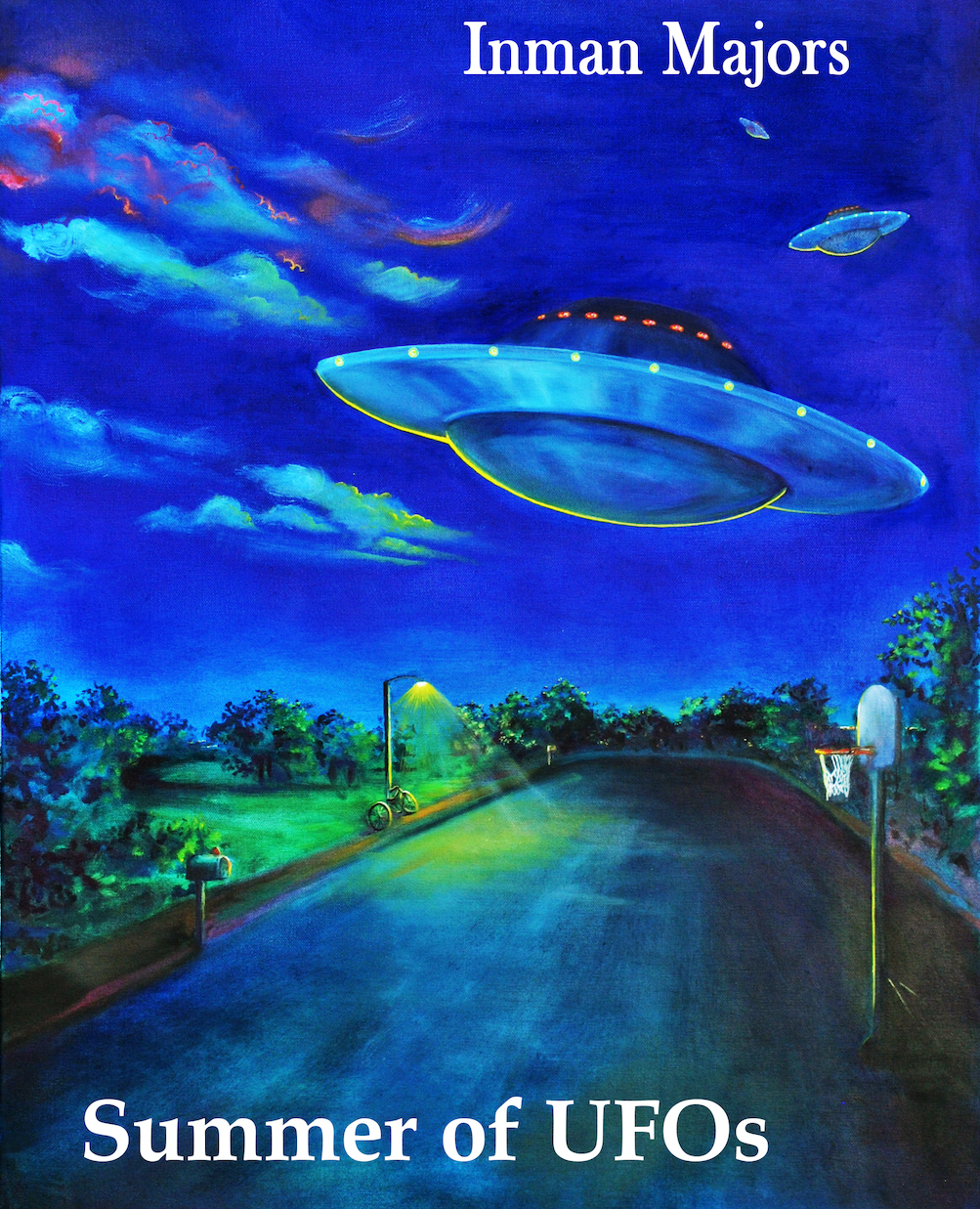 Summer of UFOs was written between 1989 and 2000, primarily in Tuscaloosa, AL and Tullahoma, TN. The poems in this collection examine childhood, southern suburbia, and the nature of memory.

Inman Majors received his MFA in Poetry in 1995 from the University of Alabama.

Memory is dusk declining,
the moment in a darkened theatre
before the screen is lit.
Memory is strange infinity,
the rolling stasis of the rolling bike,
my father's breath and hard shoe-soles behind—

my young father, my strong father,
work shoes slapping the road
and this is the day,
my father with his hand on the seat,
and in the soft and strange dusk
which is settling like an easy winter
in front of our house
my father running fast in his hard shoes,
his breath behind, his shoes,
and the birthday bike, the mid-March night
and nothing bad has ever happened
and whatever bad might happen
is not the end

—and my young father's hand has gone
the shoes have gone
the bike with a wobbly rhythm of its own.