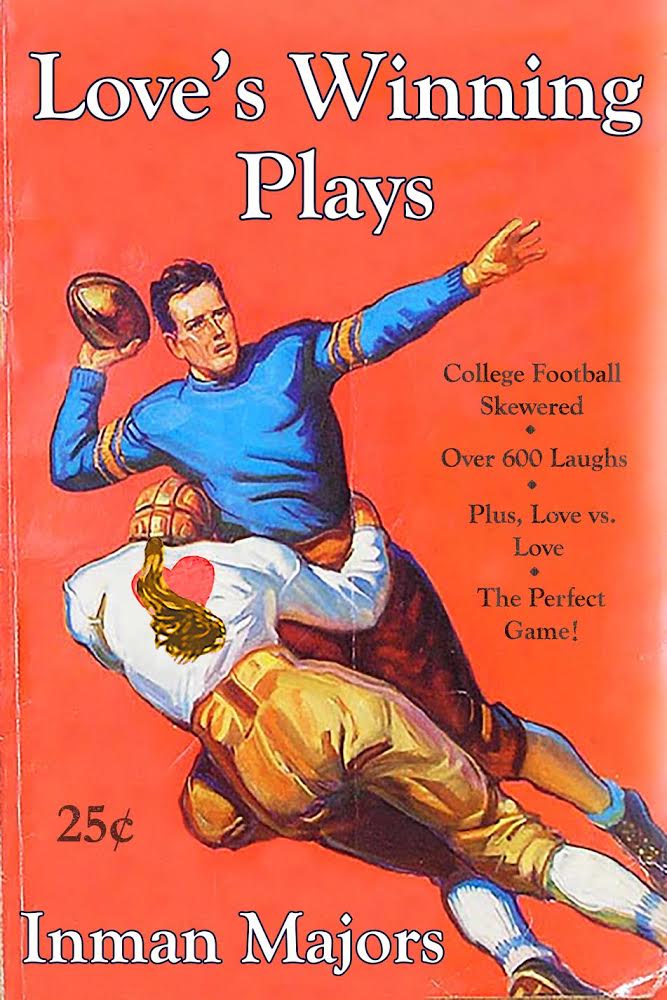 Ever wondered why college football coaches wear visors at night and always chew gum with their mouths open?
‍

Though the Southeastern Conference football season is still months away, the fans’ obsession is year-round. So head coach Von Driver will take his motivational magic and his Isosceles Triangle of Successon a Pigskin Cavalcade to the small towns in the state. Raymond Love, a young coach unfamiliar with the banquet circuit of big-shot boosters and chat-room gurus, will go along as his wide-eyed errand boy. Also on the trip is the athletic director’s daughter, whom Love has tried to win by joining her book club―a dubious strategy at best. The football aspects of the Cavalcade will prove child’s play compared to the literary hazards he faces.

Will Love master the art of coach-speak? Will he win the affection of the girl? Find out in this fist-bumping, high-fiving, all-out comedic blitz about the sublimely ridiculous world of college football.

"A fast, fun book. Reads like a mixture of Dan Jenkins and Larry McMurtry."

Barry Switzer, former coach of the University of Oklahoma and the Dallas Cowboys

"A book that explores the gamut of experiences behind the scenes of collegiate football. Best of all, it's a great read where loyalty still means something in our ‘money talks’ world."

​"I can’t remember the last time I laughed out loud this much reading a book."

"It is a gem of a comedic novel, so laugh-out loud funny that readers might not even notice that if also captures the essence of the sport with humanity and grace."

"Love’s Winning Plays is witty and razor—sharp throughout."